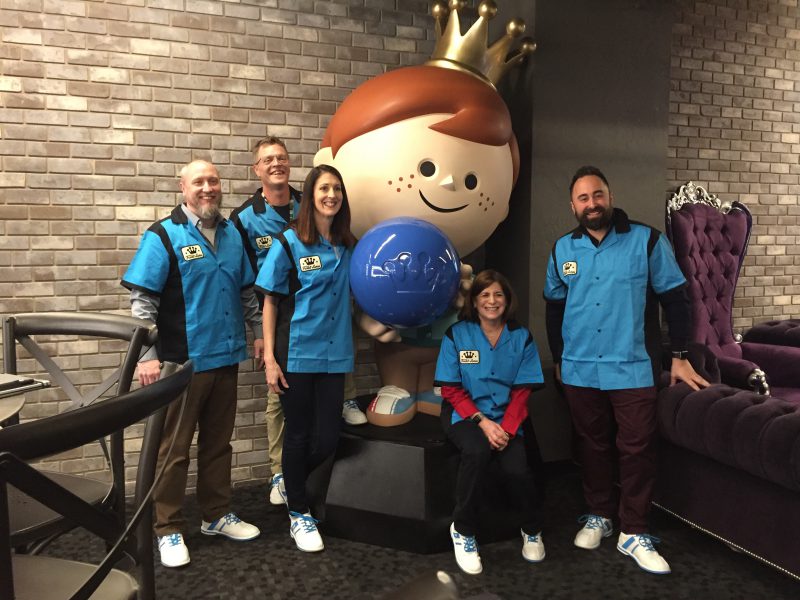 Everett, Wash. — SharePoint Swoop – the intranet makeover show may not be a typical reality show, but this new, enterprise-focused, five-part web series from Microsoft is packed with fun. Three experts have just three days to help an international toy company modernize their overwhelmed intranet. Can they do it?

SharePoint Swoop gives a peek behind a real, live secret door where the business of running publicly traded Funko happens at full speed.  Funko, with its uniquely stylized products, is a pop culture phenomenon with growth spurred by a recent IPO and major company acquisitions. Funko’s Everett, Washington-based headquarters is anchored by a retail store designed like a theme park. Most mornings a line of eager fans can be seen queueing up outside waiting for the doors to open.

SharePoint Swoop features Sue Hanley, Benjamin Niaulin, and Laura Rogers, three Microsoft MVPs and top experts in helping companies solve problems with team collaboration and communication. With Funko, they create a valuable help center within their intranet. They enable repeatable, collaborative workspaces for teams across the company and build their first no-code solution to improve Funko’s shipping process. The “swooped” solutions can be used as a model for others to learn from and to build their own intranet solutions.

SharePoint retained Seattle-based Hullabaloo, an Emmy Award-winning production company with docu-reality experience, to create the five-part SharePoint Swoop series. “We were looking for a new way to share our customers’ success,” said senior SharePoint product manager and show creator Mark Kashman. “It’s a story founded on real day-to-day choices of our customer, Funko, to manage change and leap ahead. SharePoint Swoop was a wonderful experience, working closely with Funko and Hullabaloo to produce this new offering from Microsoft.”

For Kashman and Hullabaloo founder Tracy Dethlefs, the show is also a reunion. The pair first worked together years ago as production assistants on MTV’s Real World Seattle. Kashman  found his way into Microsoft on the SharePoint team, while Dethlefs followed MTV show runners back to LA where he eventually directed and edited reality television shows including MTV’s “Making the Video” and later the PBS Bill Nye (the Science Guy) series “The Eyes of Nye.” Dethlefs now runs Hullabaloo with filmmaker and executive producer Francine Strickwerda.

For the past few years, the SharePoint team has worked to redesign SharePoint to meet and exceed user experiences, IT demands and delight developers. “It’s not your grandfather’s SharePoint anymore,” joked Kashman. This new intranet makeover series helps promote that effort. It’s intended to inspire Office 365 and on-premises customers to see the art of the possible when it comes to growing business collaboration and communication and futureproofing investments.

About SharePoint Swoop – Join three superhero Microsoft MVPs as they swoop into the fantastical world of Funko, a worldwide purveyor of all things pop culture. Things are POP!ing up in Everett, WA, and the intrepid Funko IT department is fighting to keep up with the company’s rapid growth. They need to refine collaboration, enhance communication and set things in motion to automate. The MVPs have just three days to help. View the series: https://aka.ms/SharePointSwoop

About the Microsoft MVPs –